I brought up The Monty Hall Problem when discussing the movie 21, and new commenter Matt (no relation) said that not everyone would know how it works. Okay, lemme 'splain.

There are three doors. Randomly placed behind the three doors are a goat, an even uglier goat and a brand new car. You get to pick a door. Once you've chosen, Monty Hall, original host of Let's Make a Deal, opens a door you didn't pick to reveal a goat. (Since you've only chosen one thing and there are two goats, he will always be able to do this.) He then asks you if you want to change your choice to the other unrevealed door. Should you stay with your original choice or should you switch? Does it make any difference?

The answer is you should switch, and it does make a difference. Let me illustrate by changing the rules a little, but actually keeping the probabilities the same. 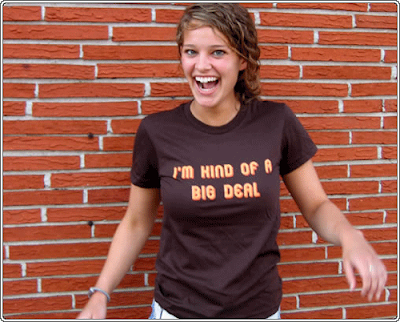 Now the game has two players, you and Alice the Snorg Girl. For reasons that are unclear to you, Monty seems to favor one of you over the other.

You get to choose a door and Alice gets both of the remaining choices.

So one third of the time, here's how things are handed out.

But two thirds of the time, it goes like this.

You: goat
Alice: a goat and a car.

More than that, Monty favors Alice so much, he offers her one free policy of goat insurance. Since she gets two things and at least one of them must be a goat, he will take one goat off her hands, no charge. So now the situation is like this.

One third of the time.
You: new car.
Alice: goat.

Two thirds of the time.
You: goat
Alice: new car.

You complain to Monty Hall that this is unfair. He feigns ignorance and astonishment. Do you want to trade places with Alice the Snorg Girl, he asks? If he asks, say yes! (Obviously, in this game, he wouldn't ask. He's still trying to get into her good graces, if I may use a Dr. Zaius approved euphemism.)

So this is The Monty Hall Problem in a nutshell. It was made famous - or at least famous for a math problem - several years ago when it was published in the Ask Marilyn column in Parade magazine, and some mathematicians from some pretty good schools argued incorrectly against her solution. She used this to prove that she was smarter than mathematicians. I think she just didn't do a very good job of 'splainin' the first time through.

Hope this helps.
Posted by Matthew Hubbard at 5:08 AM

I knew there was a reason I hated Monty Hall. Dirty old bastid.

I adore Monty Hall and just saw him playing emcee in person at the start of the Tour de Palm Springs bike race a couple of years ago. And Marilyn vos Savant is my favorite right-wing MENSA loon.

The arguments that this problem generates always amaze me. 99.9% of the population couldn't care less but people in MENSA are still arguing about it to this day. I've seen people almost come to blows over this. The argument, if you can call it that, is that the solution presented by Marilyn is flawed because Monty knows which door has the car and her conclusion is based on that knowledge.

For those that don't know who Marilyn is, she is considered by MENSA to have the highest IQ of any female in the world. I think people (read men) argue with her just because they don't like to be outsmarted by a women.

I didn't think I would hit a vein of strong feeling about Monty Hall OR Marilyn vos Savant, but with my readers, one never knows.

p.s. to sfmike: Is there a serious competition for your favorite right-wing MENSA loon? 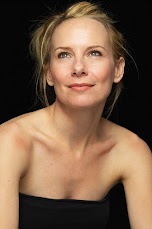 Do you want the kitten to die, gentle reader? 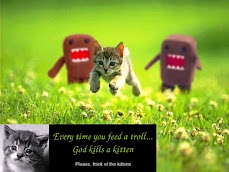 No, of course you don't. So you'll ignore trolls when they show up. Thanks for your kind attention.